Prof. Marin Drinov Publishing House of BAS publishes and disseminates scientific papers, journals, collections of articles, scientific catalogs, bibliographies, dictionaries, encyclopaedias, albums and scientific papers of the autonomous and specialized units of the Academy as well as of individual scholars.

The Publishing House of BAS rithmically publishes and prints the six journals, defined as general academic journals: “Reports of BAS”, “Journal of BAS”, “Bulletin of BAS”, “Reports of BAS. Humanities and Social Sciences” and the science popular journals “Nature” and “Technosphere”.

According to the Statute of the Bulgarian Academy of Sciences which was adopted at the General Assembly of BAS on 27 and 28 February 1947 and entered into force on March 1 of the same year, the Academy created a publishing house with a printing house and bindery. 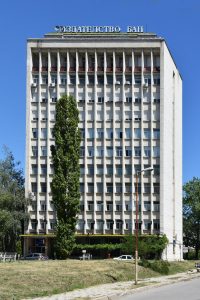